Tips on Flying into Uncontrolled Airports

If you’re like me, you learned to fly at a larger, controlled airport with a good air traffic control service to safely direct aircraft landing, departing and flying within radar coverage.

Therefore flying into uncontrolled airports can seem like a terrifying and dangerous free-for-all where a mid-air collision is likely seconds away.

Plan your approach in advance and learn the airport layout

Learn the layout of the airfield by obtaining the official chart, reading approach procedures on the airfield’s website (or by speaking to them on the phone), and by looking at maps of the area (Google Earth is really useful).

Commit the uncontrolled airport’s layout, approach path, runway directions and local landmarks to memory so that you don’t get lost or confused in the heat of the moment.

Just because it’s uncontrolled doesn’t mean radio communication should take a back seat. In fact, it’s the most important tool you have in remaining safe.

Make blind calls if the airport frequency is unmanned, announcing your intentions and positions throughout your approach to land (and also on departure).

Determine where other traffic is

Using the airfield’s radio frequency listen out for other aircraft and use their position reports to form a mental picture of where other traffic is, and what their intentions are.

Think about the distance between you and other aircraft to make sure you’ll have enough time between them exiting the runway and you landing your aircraft.

Listen out also for aircraft departing, especially if they’re departing in the opposite direction to your landing, which is common at airfields with runways on a slope!

Keep your lights on

Staying as visible as possible is important when you are not being vectored by air traffic control as other pilots will be juggling their approach pattern with looking out for other traffic – ie you! Keep a look out also for the lights of other aircraft in the pattern around you.

Stick your landing light on early, and leave it on after departure until you have left the circuit or vicinity of the airport.

Be ready to adjust your approach or go around

Thinking on your feet and being ready to react is vital when approaching uncontrolled airports. Sometimes other aircraft will stray into your path, or not vacate the runway ahead of you in enough time, and you will need to adjust your route or abort your landing for another attempt.

Make sure you broadcast your intentions when doing this so that other pilots can update their mental pictures of other aircraft. 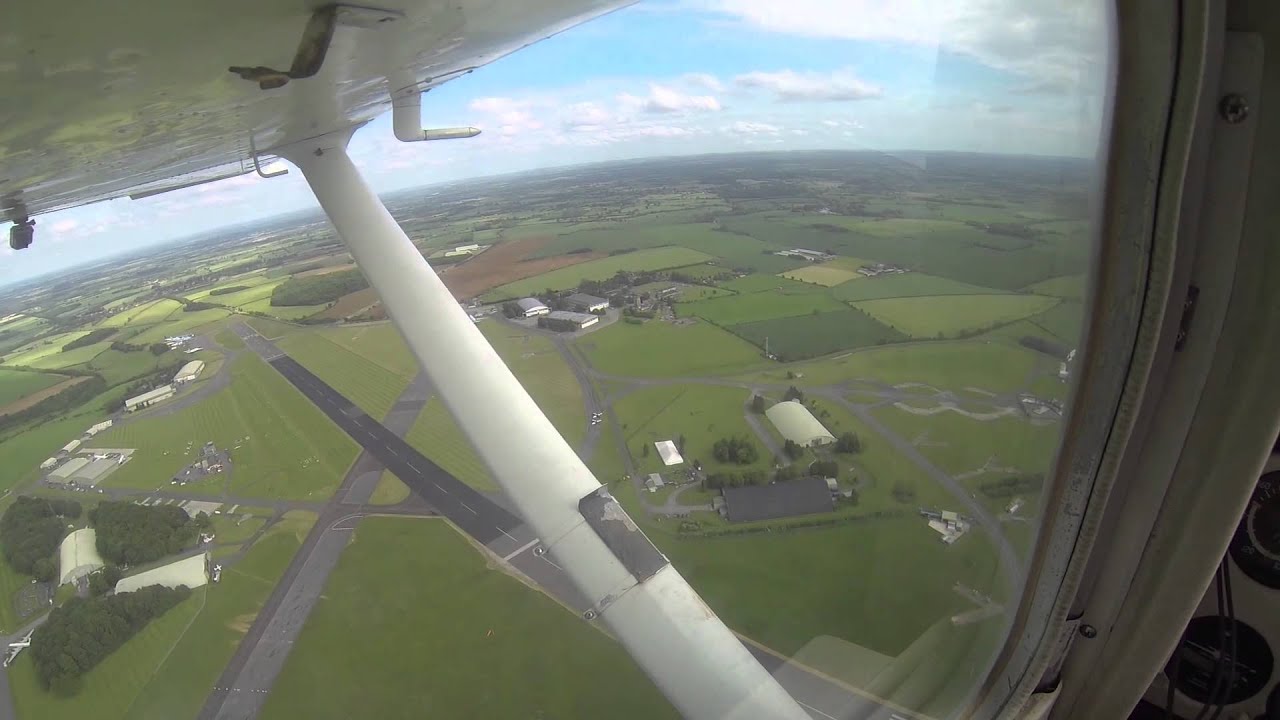 Approaching an uncontrolled airport via an overhead join is a good way to assess the current situation at the airport, especially when the radio frequency is silent and unable to offer you an update on the airfield conditions.

Observing the airfield from above is also a good way to spot aircraft in the circuit or taxying for departure.

Remember to make calls during the overhead to report descending on the dead side and joining the circuit.